We’ve been working on GravityView 2.0 since December 2016, so we are super excited to finally share it with you! Our goal was simple: improve the core of GravityView.

The new plugin is powered by a brand-new engine that will serve us well for years to come. We won’t get too deep into the technical details in this post, but if you want to see what motivated the change, read more about the genesis of GravityView 2.0’s code here.

When we made the big transition to 2.0, we wanted to make sure it went smoothly. How did we do that? By writing a lot of tests. Software testing can essentially be described as testing a statement like, “When GravityView does this thing, then that should happen.”

The previous release of GravityView had 1,808 tests. Version 2.0 has 3,369 tests, an 86% increase of tests. While tests don’t measure the quality of a plugin, they do reflect a commitment to making software stable and reliable. In sum, we’ve worked really hard to make 2.0 the most solid release possible.

What does that mean for you, the end user? Simply put, GravityView is now faster, more reliable, and more powerful.

While the majority of the improvements in 2.0 are under-the-hood, there are quite a few new features.

The shortcode allows you to embed a GravityView Entry in a post, page, or in another View’s Custom Content field. Read this article for more information.

The shortcode allows you to place any Field (from any Entry) anywhere you want via a shortcode.

There are many use cases for this shortcode, including outputting a link to edit or view a user profile, showing the approval status of the last submitted Entry, and thousands of others. You can read the full guide on our docs site.

Check out this article on the topic for more information on using these Merge Tag modifiers. We’ve found them to be especially powerful in combination with DIY Layout!

Want to embed YouTube videos, Tweets, images, and other media directly in your View? Now you can. Read more about oEmbed.

You can now display whether an Entry is starred in Gravity Forms via the Entry Star field. Additionally, you can now star/unstar it from the front end of your site (in a View). Previously, you could only do these tasks in the back end. 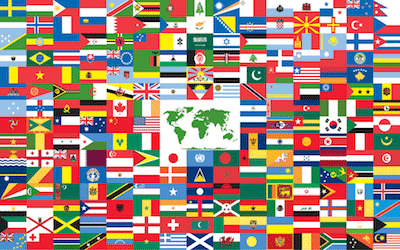 Read the full list of changes, new features, and technical details in our changelog.