I’m Zack Katz, the CEO of GravityKit. I have been writing Gravity Forms addons since 2010, and am one of the first developers to specialize in creating plugins that extend Gravity Forms. GravityKit has been my only job since 2014. We are a team of five people working every day to improve the plugin and help customers like you get the most value from it. The GravityKit team and I are here for you.

The Gravity Forms team have been fans since we launched GravityView in 2014.

David Smith is a developer for Gravity Forms, and also runs Gravity Wiz. What does he have to say about GravityView, part of GravityKit? 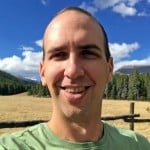 GravityView is here to stay. Gravity Forms trusts the GravityView team and our plugins; I hope you will too. If you have any questions, please email us at [email protected]. Thanks, Zack Katz GravityKit